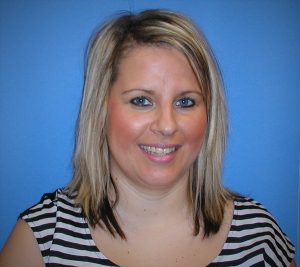 There is more than the eye at at death scene.

Upon first learning that a person in the county has died from violence, casualty, unusual circumstances, suspicious activity or while in apparently good health, the coroner will notify a local law enforcement agency. Together, they investigate the scene.  Often, the coroner must restrict access to the death scene in order to properly carry out the investigation. Indiana’s county coroners do not need the family’s permission to conduct an investigations, but do hasten to compete their investigations so that the family may grieve in peace.

Proper documentation of the death scene is crucial to the coroner documentation. Knowingly failing to notify the coroner or a law enforcement agency in the case of death that qualifies as a coroners investigation is a Class B infraction punishable by a fine up to $1000 plus court costs. Moving a body under these condition is is a Class F felony, punishable by imprisonment for up to 3 years and a fine of up to $10,000.

Emotions overflow at a death scene.

The situation is tense, uncomfortable and demanding. The coroner’s role is to issue a. swift and accurate determination of the cause and manner of death. In his or her efforts to do this a coroner must sometimes restrict access to the scene. Often, survivors direct their anger at investigative personnel when in reality the tension of the situation is at the root of their stress. Cooperation with the coroner at the death scene allows him or her to document evidence which may lead to benefits through governmental agencies or insurance coverage.

As the investigation proceeds, your coroner has powers usually reserved for officers of the court: issuing subpoenas, authorizing autopsies or calling for toxicological examinations of the body. Your coroner’s investigation provides answers which help survivors cope with their loss.

Information the Coroner is obligated to release

The vast majority of coroner investigations are natural deaths, including situations in which there is no attending physician to sign the death certificate, sudden or unexpected deaths or cases involving alcohol or other drugs of abuse

Identification of the deceased
may be as easy as having a family member at the scene or as difficult as having only a few bones to work with and having to rely on various experts.

Determination Of cause of death
the final factor or event that happened to the deceased; or the cascade of events, called the “mechanism’ which lead to the cause of death

The coroner may order an autopsy, which must be done by board certified pathologist.  The coroner is responsible for all personal property of the deceased.  Property is to be protected until a legal heir is identified.  If no heir is forthcoming, the material possessions are turned over to the county treasurer and the sheriff for sale and distribution to the county general fund.